The prospect of phoning someone you are potentially related to and announcing that their grandfather had an illegitimate child is, to say the least, rather daunting.

I sat in my living room, phone in hand, papers strewn around me, rehearsing what I would say. “Hi, so uhmmm, I think we’re related”. No, no. That’s too blunt and too vague. “What do you know about your grandfather’s activities before he married your grandmother?” Ugh, too clinical and cold. “So did you know your grandfather went and got some girl knocked up?” Ugh, no, no no no no no. “I’m really not trying to ruffle feathers, but the evidence I have strongly points to your grandfather having been with a woman called Catherine Robertson before his marriage and, as a result, being the birth father of my grandfather”. Yes, that’s as good as it gets. 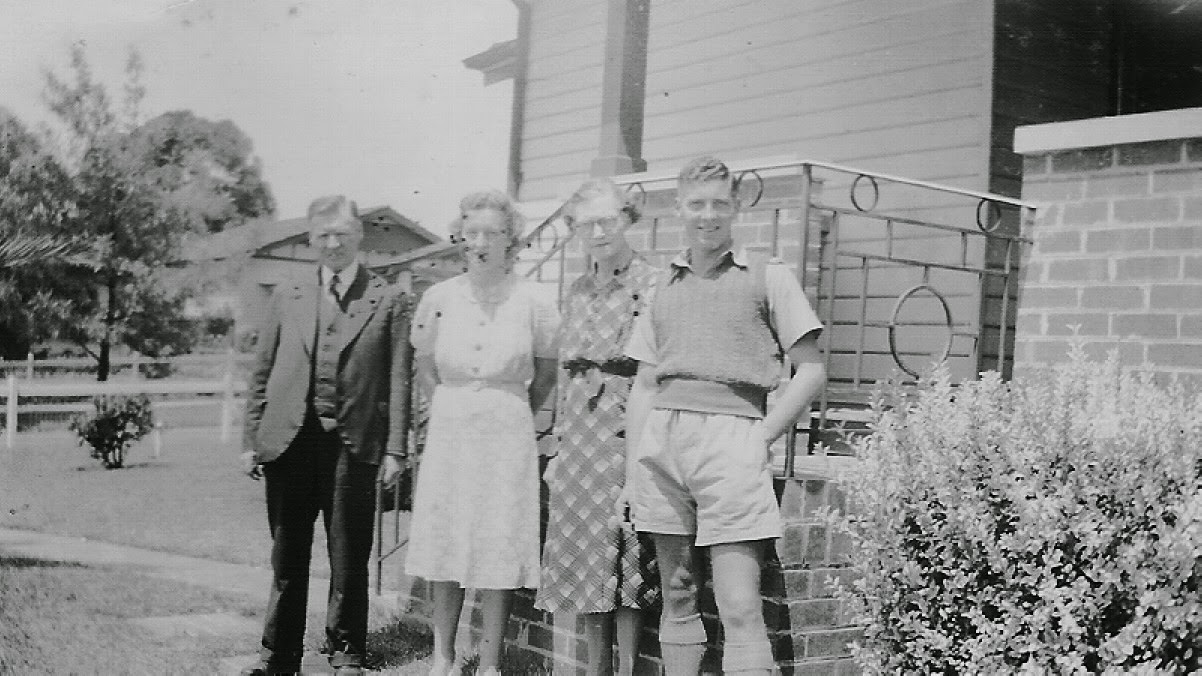 Geoffrey Hartley Crawford (R) with his (adoptive) parents Henry and Sophie Crawford, and his sister Dulcie.

Time zones are really not my strong point. You’d think that after 18 years of living in France I’d have worked out how to correctly determine the time in Australia, but the number of times I’ve phoned my mother at ungodly hours is too many to count. I was to call New Zealand, and wanted to be sure I didn’t phone too early or too late.

I checked, I double-checked, I tripled-checked the times and decided to call at around 10am NZ time. So, there I was sitting on the sofa, back straight, leg nervously shaking, silently panicking and practicing out loud what I was going to say. It wasn’t quite late enough in the day for me to have a wee nip for bravery, but I certainly felt like having one.

I dialed the number and held my breath while it rang.

“Hi, Paul? Hi, my name is Erin and I was given your number by Jean via the Ancestry website. I wanted to have a chat with you about something I found while researching my family tree. I also want to underline that I’m not trying to ruffle any feathers at all, but looking through documents and through my research, it seems very likely that your grandfather, Allan Douglas Williamson, was with a young lady called Catherine Robertson and she fell pregnant in 1922, not long before he married your grandmother Eva. Their child, their son, was my grandfather.”

I tried to keep my cool but I am absolutely certain that all came out in one breath and that I confused poor Paul at first.

His reaction was exactly what I hoped it would be – interested, open and warm.

He said he would send me more information when his wife got home, so we exchanged email addresses, and promised to stay in contact. 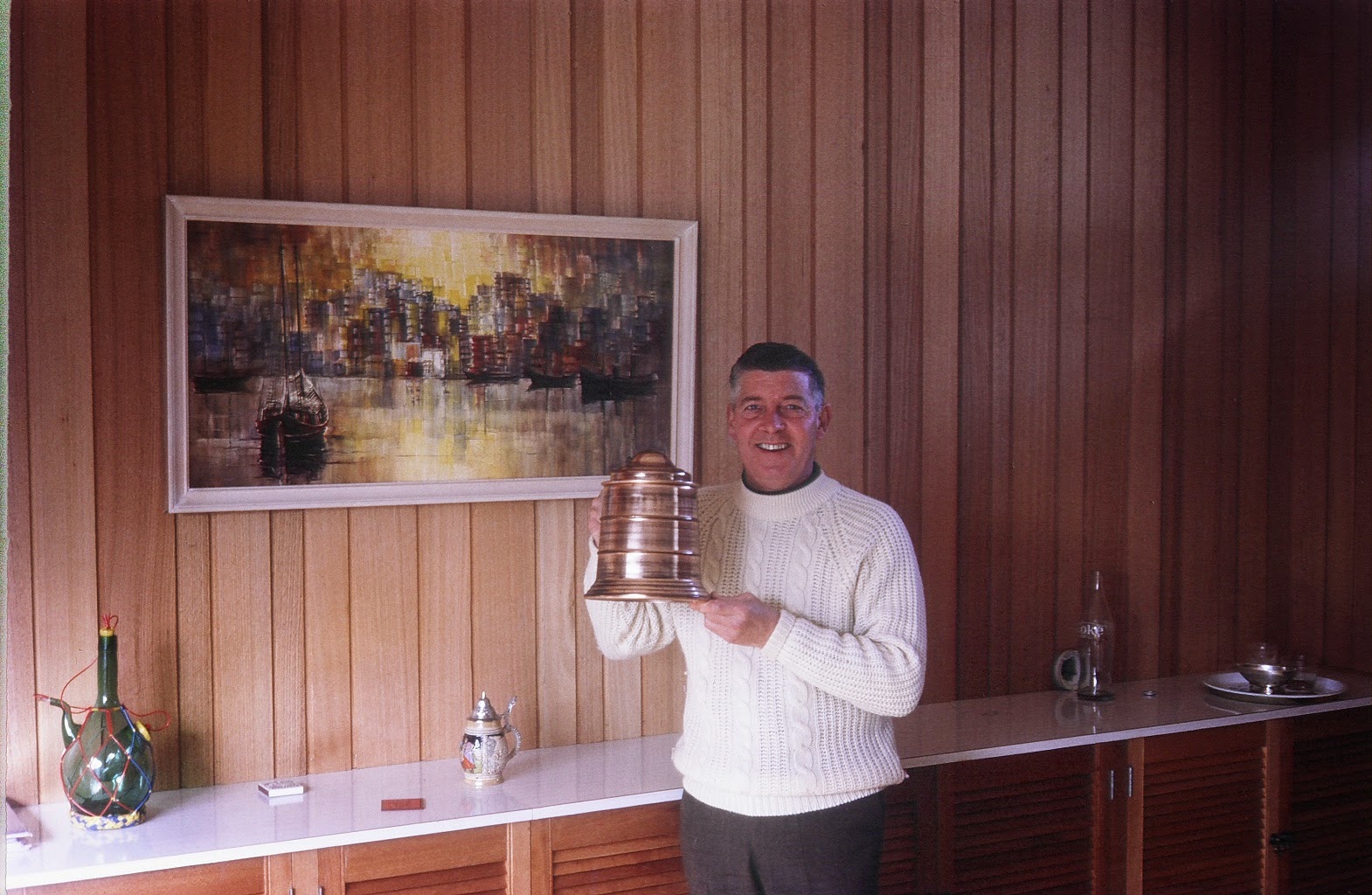 My grandfather, Geoffrey Hartley Crawford at home in Sandringham, Victoria, Australia.
I hung up and promptly burst into tears. The relief at the positive reaction of Paul and the happiness and finally getting somewhere with this family secret and mystery that I’d been researching for over ten years was palpable.
I spoke with my mother and told her the good news. She was amazed and rather overwhelmed. I then drafted and sent an email to Paul.

My grandfather, Geoffrey Hartley Crawford found out he was adopted in the 80s when he applied for a passport.
Looking into it further, he found the following information:
His birth name was Edgar Lance, but his adopted parents renamed him Geoffrey Hartley.
Mother’s name: Catherine Robertson, originally from Mornington, Dundein, New Zealand but went to Australia and gave birth to my grandfather in Melbourne.
On the birth certificate, his father is listed as: “Allan Douglas Williamson, telegraph linesman, Waipaki, Southland, N.Z., is said to be married since the mother last saw him.” (Note: I later found out it’s Waipahi)
I’ve included a photograph of the birth certificate which gives this information.
I’ve also included two photographs of my grandfather, one of my mother and one of myself.
Do you see any family resemblance between us and your side of the family at all?
Also, please feel free to send me any information you have about Allan’s parents or anything about the Williamsons. I would love to pick up the research and see what I can find out about our shared ancestors. Also, just so you know, we are first cousins once removed.

I got an email back a few hours later from Paul’s wife Robyn, with so much information and a wonderfully moving welcome to the family. The biggest surprise, and final confirmation for my mum and I, were photos of Allan Douglas that showed a definitely family resemblance. 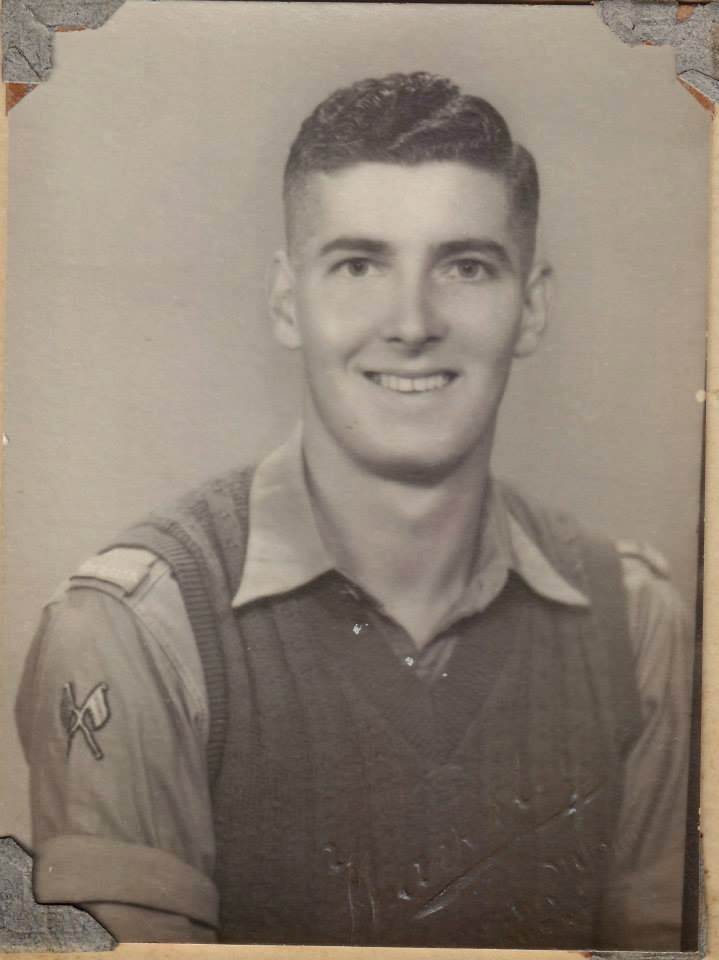 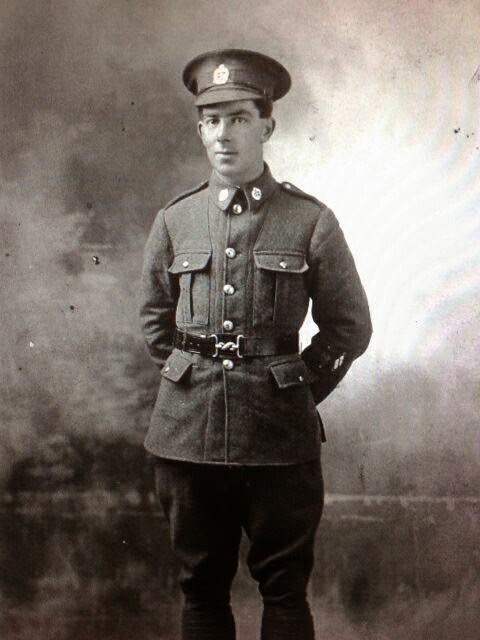 Allan Douglas Williamson, 4th Res Bn, Otago Regiment, NZEF, WWI
Since then Paul, Robyn, mum and I have been exchanging emails, chat on Facebook and I even had a wonderful almost 2 hour-long Skype call with Paul and Robyn. The best part of all this for me was when my mum told me she finds it all quite emotional. She’s an only child (as is her mum) and her extended family was always quite small. She is so happy to finally have more family members.
This is, of course, just the beginning of researching this branch of the family. There’s Allan Douglas’s efforts during WWI to look into, as well as the activities of his father, Captain George Williamson who was a merchant seaman. There’s the family links to the Shetland Islands which are coming up in my research, as well as the link to Robert the Bruce (yes, the Robert the Bruce).
For some people, researching their family tree is all about how far back they can go and while that is, of course, interesting for me the most important thing is to learn as much about the people who form my family history and, as a result, form part of who I am today.

One thought on “A Family Secret Resolved”