I have a big family.

If I count my parents, step-parents, half-brother and sister, my step-brothers and sister, their partners (and their children) plus my grandparents then we’re up to twenty-two people. Add cousins, uncles, second cousins and the like (and their children, partners, etc), and we’re inching close to one hundred people.

Most of my large extended family is on my father’s side as my mother is an only child. Born in 1953 to Geoff and Anita Crawford, she didn’t encounter a large family until she married my father. I’ve not asked her how she dealt with that, but knowing my mum, she took it in her stride, rolling her eyes at all the quirks that come with large families.

Her parents also came from small families. My grandmother, Anita, was also an only child and my grandfather, Geoff, had one sister. She has cousins, who I never knew as they lived in Queensland as we in Victoria, but all in all – small family was the way of the Crawfords.

In the 1980s, my grandfather applied for a passport. The rules had changed in Australia, and he needed to provide a full birth certificate (not just an extract) in order for his passport application to be processed.

This is when he found out that he was adopted. 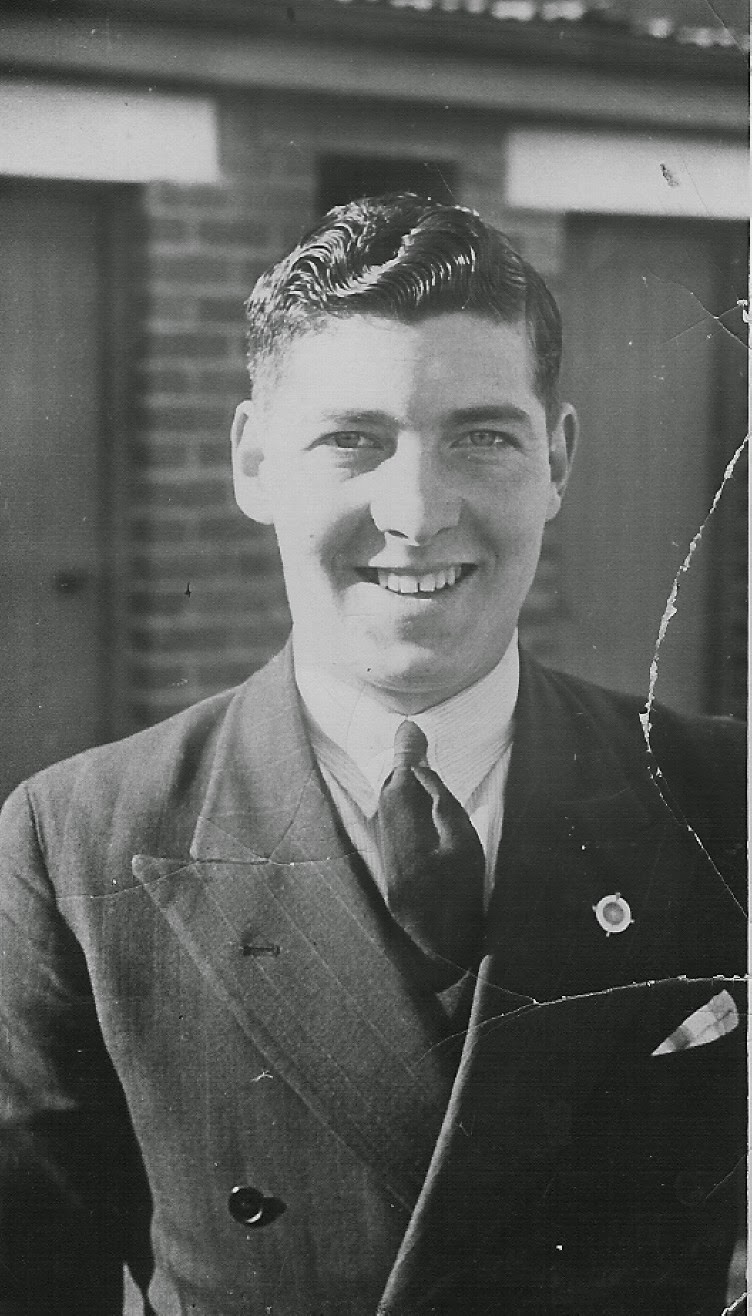 Geoffrey Hartley Crawford was actually born Edgar Lance Robertson/Williamson. His mother, a woman named Catherine Robertson was originally from New Zealand and came to Australia to live with an aunt and give birth. His birth father was a man named Allan Douglas Williamson, from Waipahi, New Zealand and, according to the birth certificate, had married another woman since Catherine had last seen him. 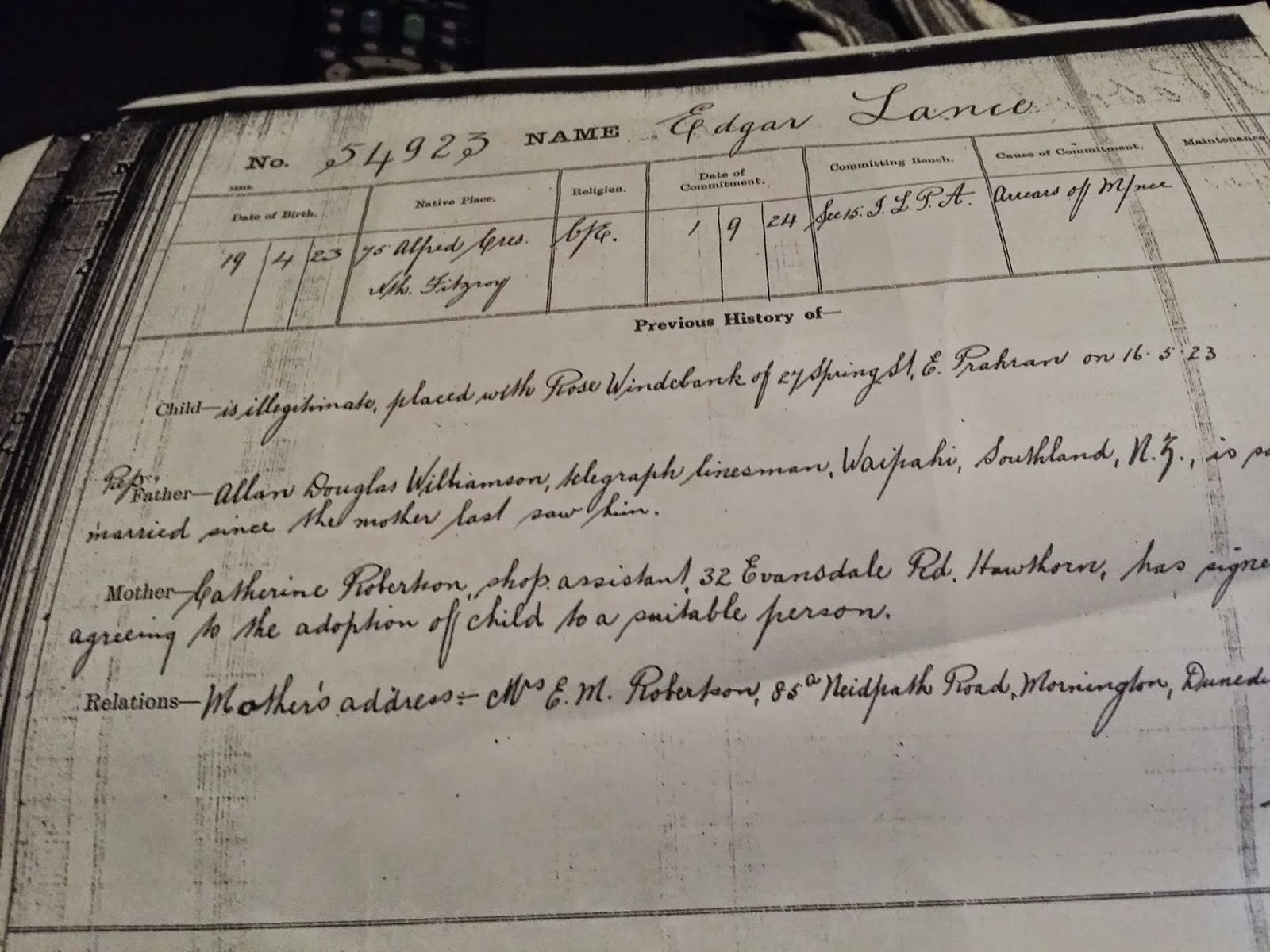 I began the search for Allan and Catherine in the early 2000s, when genealogical records were just starting be digitised and readily accessible. Over the years I found evidence of Allan Douglas living in Gore, New Zealand (in the 1940s and 1950s, thanks to census records), but never found any evidence of his parentage. Of Catherine, there was no trace.

I have been using Ancestry for a number of years, and would regularly run a check on both Catherine and Allan, hoping for some hints or results in the records search. In March of this year, I started getting results on Allan.

His name was showing hints, his parents were showing up in the records, along with his wife and their sons. 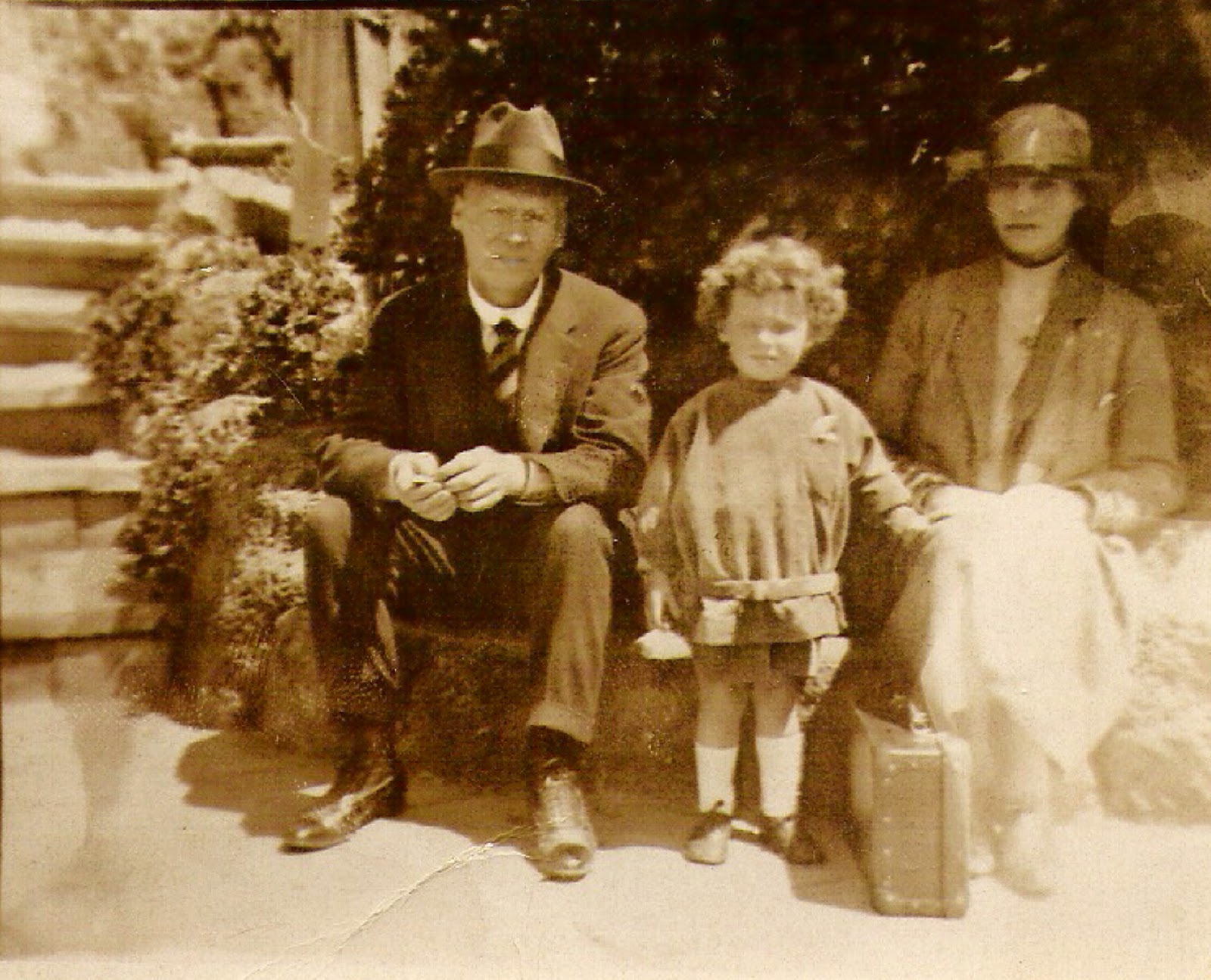 After many responses denying knowing the family or even having the people I mentioned in their trees (really people, just have a look, they’re there), I received a reply from a woman who said that not only was she related, but she had spoken with one of Allan Douglas’ descendants. She gave me his name and phone number and told me that he wanted to speak with me.

5 thoughts on “A Family Secret (or, How I Learned To Tread Carefully When Doing Certain Research)”